Tickets only available until 8pm on Saturday 4th April 2020.

Following our enormously successful inaugural performance, on our second date, half the money raised will be going to the Trussell Trust, and the other half to our (self-employed) performers to support them in this time of uncertainty. 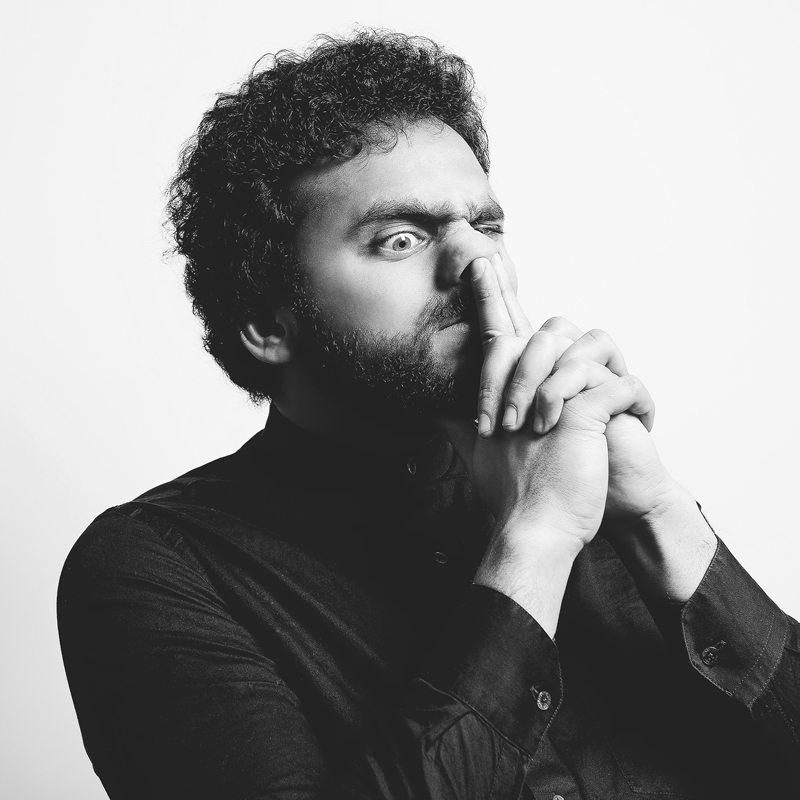 Since beginning his comedy career in 2006, Nish has achieved global success on the stand-up circuit with his rave-reviewed solo stand-up shows receiving huge recognition from industry and fans alike.

“Critically acclaimed comic, internationally famed meme & wonderfully nice gentleman, Nish Kumar is a comedian, and a bloody good one at that.” (Time Out).

“The affable comic expertly blends comedy and commentary in a routine that snipes unpityingly at Britain’s political class.” (The Guardian).

‘Impressive and accomplished… full of confidently delivered, wryly witty tales that delight in the quirks and possibilities of language’ (The Scotsman) 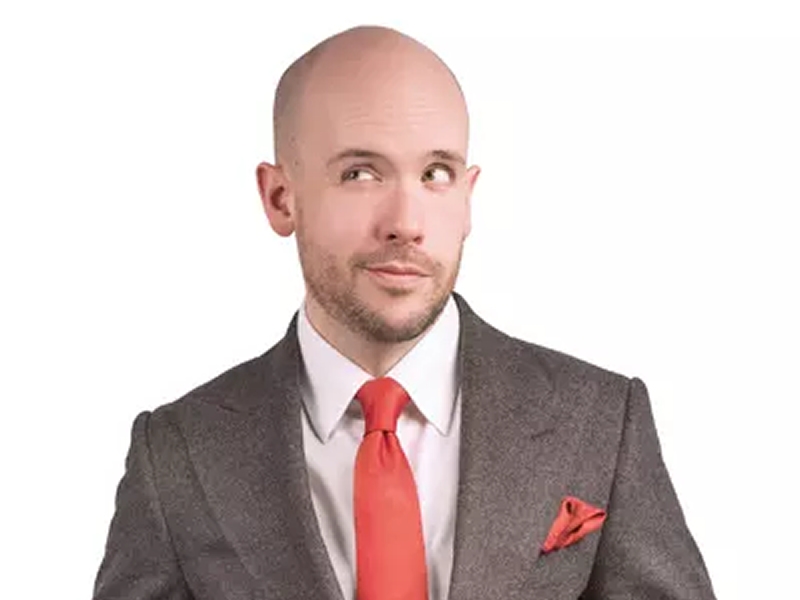 Tom Allen is a comedian, writer and actor. He started as a stand up at the age of 22 and went on to win both So You Think You’re Funny in Edinburgh and the BBC New Comedy Awards in the same year. Since then he has honed his unique style of sharp, acerbic wit and camp, riotous storytelling by performing to audiences all over the UK and around the world.

He recently made his first appearance on the BBC’s iconic Live at the Apollo.

He has also been making several appearances on 8 Out of 10 Cats Does Countdown, Mock the Week, The Great British Bake Off’s Extra Slice, Celebrity The Crystal Maze as well as the John Bishop Show and Channel 4’s Comedy Gala at the O2 along with several appearances on Just a Minute including the 50th anniversary episode alongside Prince Charles.

Last year he supported Sarah Millican on her sold out tour of Australia, New Zealand and the UK. He has also supported Josh Widdicombe, Romesh Ranganathan and Michael McIntyre.

After a sell out run of his show ‘Indeed’ at the Edinburgh Festival Tom recently brought it to the main space at London’s Soho Theatre before extending his current tour ‘Absolutely’ to even more places around the UK.

Like Minded Friends, the weekly podcast he records with friend and compadre Suzi Ruffell has now reached the hundreds of thousands in its listenership.

As a teenager he was the youngest member of the Noel Coward Society. He responds well to deadlines and strong women. 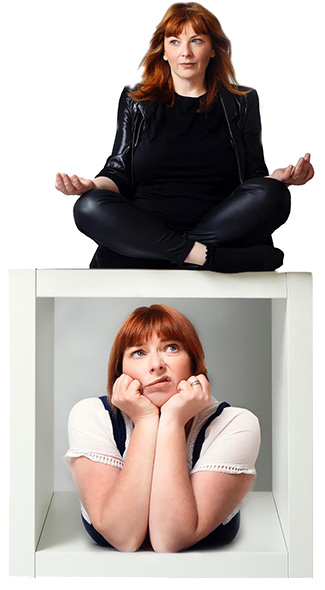 Sometimes outrageous, always hilarious, observational and storytelling comedy for all. A persona you will fall in love with.

Award-winning comedian Nina Gilligan exploded on to the comedy scene in 2011 and is now a regular on the UK circuit, performing at clubs and venues all over the UK. She is now also proving to be a success on the after dinner and sporting dinner circuit.

A bolshier Mrs Merton, she’s not one to suffer fools lightly – so watch out for a razor sharp wit used at will. Her act will leave you shouting for more! 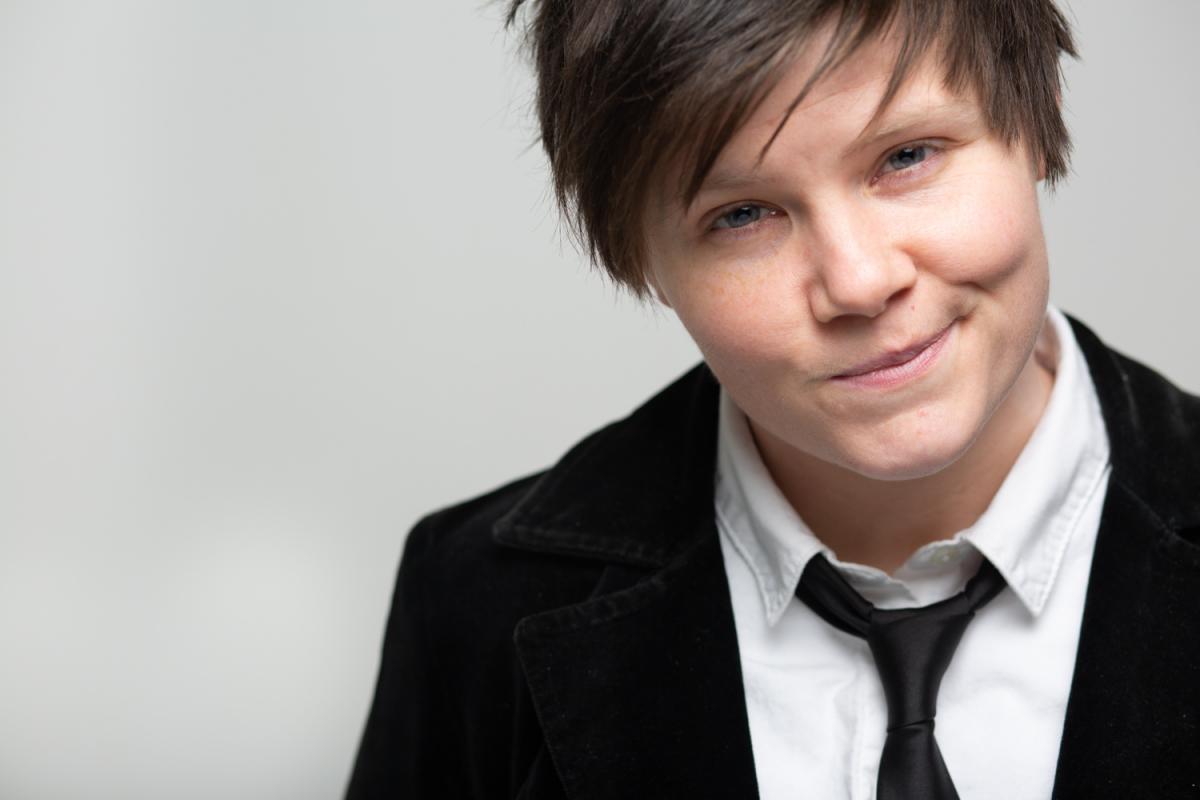 A Mojo top 10 album winner in 2017 and 2018. A folk singer, songwriter and activist from Leicester, UK, Grace has been writing, recording and touring relentlessly for ten years. Her unique takes on life, love and politics, and the warmth and wit with which they are delivered, have won over audiences everywhere, across the alternative, folk, political and comedy scenes.

‘She writes the sort of songs you want to pin the lyrics of on your bedroom wall, or on the office door, to remind you and everyone else who might read them what is important and true’. – Buzz Magazine

‘She’s an effervescent charm-bomb of a performer, even alone with an acoustic guitar, as she was that night, singing about Theresa May. “We’re getting standup and music,” a woman next to me said.’ The New Yorker

How do I access the livestream I paid for?

You will receive an email on Saturday evening containing a link to the livestream. You will be able to watch the whole show live through there.

Please feel free to share the livestream link but consider making another donation to The Trussell Trust.

Will it work this week? Seriously?

We’re so sorry about the livestreaming problems last week. We promise that we’ve ironed out the issues. It will work!

You will receive an email on Saturday evening containing a link to a live broadcast using the software Zoom.us. The software is free and available on any tablet, computer or smartphone. Please download in advance of 7pm Saturday so you are ready to go.

We only have limited capacity for the ‘front row’ tickets so please don’t share your link with anyone else. You will be stealing someone’s seat!

My ‘front row’ link is not working, what do I do?

Please keep trying the link or alternatively whilst in the Zoom app try joining a meeting with the meeting ID provided in the email. If you are still having issues then please watch using livestream link.

Tickets only available until 8pm on Saturday 4th April 2020.