Tickets only available until 5pm on Saturday 23rd May 2020. 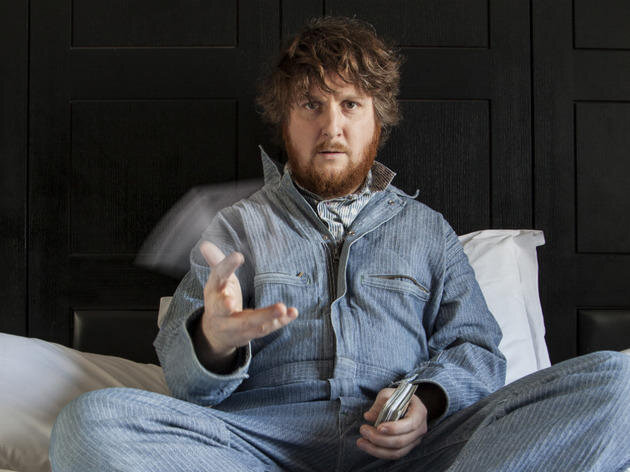 Tim Key is an actor, writer, and performance poet. He has won the Edinburgh Comedy Award, and been nominated three times for the Barry and once for the Malcolm Hardee Award for Comic Originality. On screen he plays Sidekick Simon in the Alan Partridge franchise and has appeared in The Double, Inside Number 9 and Peep Show. More recently he has been seen in Pls Like, Greed and The End of the F***ing World. Tim’s radio show ‘Tim Key’s Late Night Poetry Programme’ has run for years on BBC Radio 4, with a fifth series recording in Autumn. Tim also starred in Art at The Old Vic and continues to write and perform his own five star live shows. Most recently he made the critically acclaimed Megadate which he performed at The Old Vic before adapting it into a BAFTA nominated BBC1 short, with the subtly different title: Wonderdate. 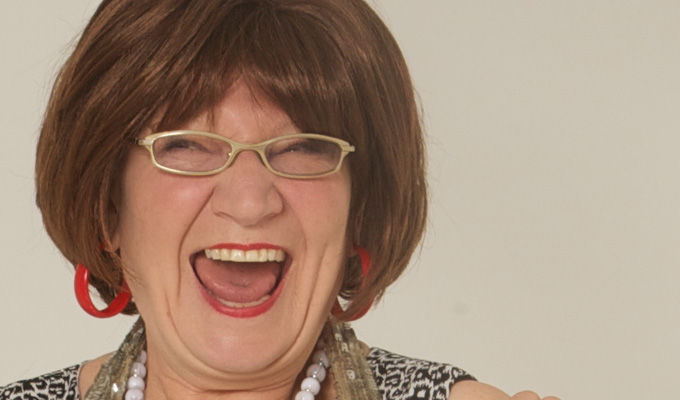 A playful, life-affirming comedian whose act is suitable for all the family, Barbara Nice is the hilarious and critically acclaimed comedy creation of renown actress Janice Connolly.

Janice has an impressive roster of acting roles behind her. She was spotted many moons ago by Peter Kay, performing at the Palace nightclub in Levenshulme as Barbara Nice, during the final of Manchester Evening News New Act of the Year 1997, in Manchester. Since then she has worked with Peter on four of his TV projects including playing Holy Mary in Phoenix Nights, a part Dave Spikey wrote specifically with her in mind, and then reprising the character for Max and Paddy’s Road to Nowhere. She also played Mrs Bamforth in That Peter Kay Thing. Janice Connolly was awarded the BEM (Order of the British Empire Medal) in the 2017 Queen’s New Years Honours List for her services to Community Arts in the West Midlands. She is also the Artistic Director and founder member of Women and Theatre in Birmingham. A trained teacher, Janice has worked both in mainstream education and as an education project worker for Barnardos.

Having supported Johnny Vegas and Peter Kay, Barbara Nice is now a circuit headline act in her own right, as well as being one of the most experienced comedy comperes in the country. She has also performed her solo shows in Edinburgh, Brighton and Manchester.

In May 2019, Barbara took part in global talent competition Britain’s Got Talent, and left the celebrity judges in hysterics on the ITV show when she appeared on stage with her colourful clothes and witty one liners. She stormed through to the live semi finals.

Barbara Nice is a caricature of your average middle-aged housewife from Stockport, who’s given up the domestic bliss of Tupperware and Pound Stretcher shops for the unpredictability of the comedy world. No audience is too rowdy for her to handle; after all, she’s already raised five teenagers. With the affectionate attitude of a playgroup leader at a wild Iggy Pop concert, Barbara is guaranteed to warm the heart of any audience. With her enviable track record of garnering 5-star reviews and sell-out shows on the comedy circuit, Barbara Nice doesn’t abuse the audience, she raises everyone’s spirits; putting a smile on your face and a spring in your step. 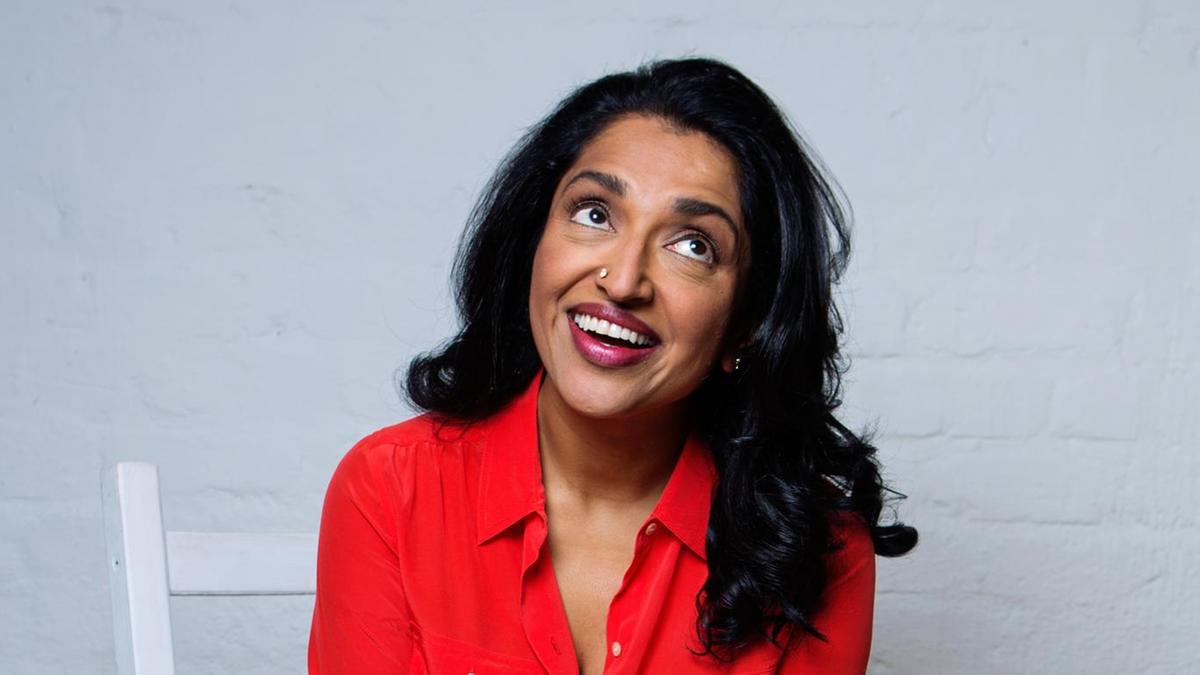 Sindhu Vee is an award-winning comedian, writer and actor.

Since swapping a career in investment banking for one in comedy, Sindhu has fast become one of the most exciting and sought-after talents on the UK circuit. Having previously been a finalist in both the coveted BBC New Comedy Award and New Act Of The Year competitions, 2018 saw Sindhu take her eagerly-anticipated debut hour, Sandhog, to the Edinburgh Fringe. A hit with critics and audiences alike, the show sold out its entire run (including multiple extra dates) and was nominated for the prestigious Edinburgh Comedy Award for Best Newcomer.

After the Fringe, Sindhu took Sandhog to the Soho Theatre for a sold-out run and then on a hugely successful UK tour. This was extended through 2019 due to phenomenal demand, including another sold-out Soho Theatre run and sold-out show at Bloomsbury Theatre.

Sindhu’s broadcasting career is also firmly on the up. She has twice appeared on BBC Two’s Live At The Apollo, recently as host, guested on BBC2 panel shows Mock The Week, QI, Have I Got News For You and The Apprentice: You’re Fired, plus co-hosted Channel 4’s critically-acclaimed satirical news programme, The Tez O’Clock Show. Sindhu regularly appears on BBC Radio 4 panel shows, including The News Quiz and The Unbelievable Truth, and has written and hosted her own four-part series, Sindhustan, for the station.

Sindhu also has a strong international fanbase. She has performed to sold-out houses in India, plus performed her stand up for NDTV’s Rising Stars of Comedy. 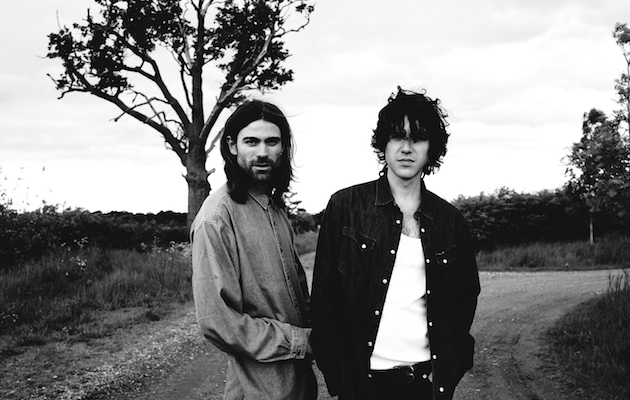 Having served their apprenticeship busking on the underground (“having no money, just going out and doing it”), London singer-songwriters Ben Moorhouse and Leo Duncan recorded their 2017 debut, Hit the Light, as Ten Fé. The accompanying tour found the duo fleshing out their sound with a full band, and they’ve taken that set-up, with Rob Shipley (bass), Johnny Drain (keyboards) and Alex Hammond (drums), into the studio for the follow-up, Future Perfect, Present Tense.

The change in personnel coincides with a definite progression in their sound: the soft-rock influences of their debut are still prominent, but there is a more organic feel, with less emphasis on their earlier synth-pop stylings (although Rob Shipley’s upfront bass does have echoes of mid-80s New Order, particularly on Won’t Happen and No Night Lasts Forever). As Moorhouse told the Indietronica blog: “We’d had Fleetwood Mac, War on Drugs and the like on heavy rotation, so we were going for a classic ‘band’ sound: dynamic, but also lean, tight and pop.”

Recorded with Foals producer Luke Smith, the result is an accomplished stab at the sort of intelligent indie that has brought the 1975 such success, with winning harmonies emphasising their melodic nous and subtle hooks ensnaring the listener.

With major North American and European tours on the horizon, Ten Fé’s busking days are very much a thing of the past.

The event will take place on Saturday 23rd May 2020 at 7pm (UK time). You will be sent a link to watch on Saturday evening.